This week’s #FishInThePost question linked to the common name of the fish species that we had in mind, and to a common name for a common insect. Our question was, ‘which Welsh freshwater fish has a common name the same as an insect that people also eat?’ James Stovold was the first to guess the fish correctly on Twitter! Nice work James! We’ll send you a roach in the post (or you can collect it from our office). 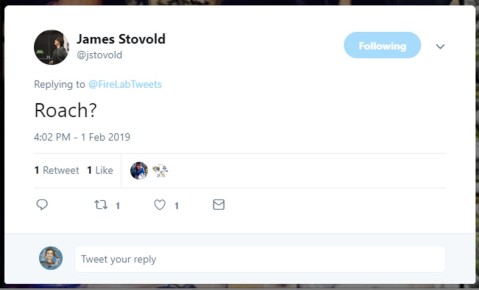 Correct answer for this week’s #FishInThePost.

The fish we had in mind this week is the Common Roach, and the insect that we had in mind is Cockroach. Common Roach or Roach are common names used for the fish species Rutilus rutilus, and like the insect that shares its common name, this fish species is broadly distributed – native to Europe, but introduced elsewhere like Australia. R. rutilus is native to fresh waters in Wales, and across much of UK and Europe, but is naturally abscent from waterways around the Mediterranean and Adriatic basins. 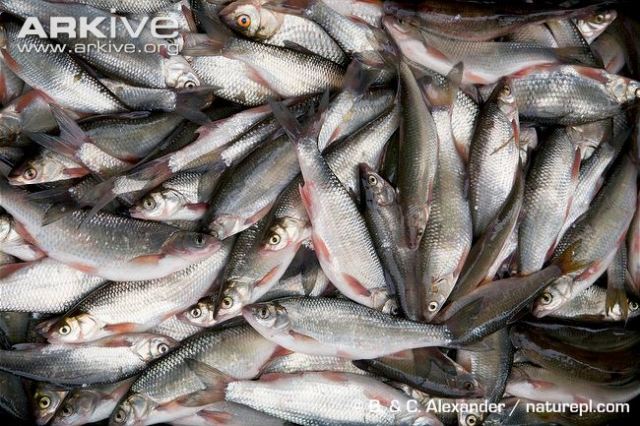 R. rutilus prefer lowland areas, particularly nutrient-rich lakes and larger rivers and backwaters. The species undertakes short spawning migrations (they are considered potamodromous because they only migrate within freshwater ecosystems), which typically occur from March to June across much of Europe. However, in eastern Europe and Asia there are several subspecies of R. rutilus that do migrate longer distances and enter the Caspian and Black seas for spawning. Wikipedia notes that the species tends to spawn at the same location each year, but there is no reference provided to confirm. The species is known to spawn in flooded meadows or shallow fast-flowing water; their eggs attach to plants or gravel and hatch within 12 days. 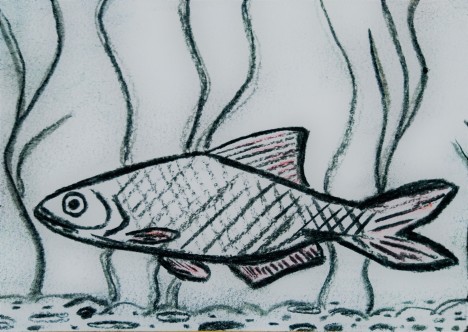 Historically in the UK, particulalry in England, R. rutilus was quite fashionable in the fishing world. This was particularly the case in the late 19th century, which saw a battle of fishing styles to ‘crown’ the roach fisher champion. Two fishing styles went head-to-head in 1871, the Nottingham style using a free-running centrepin reel and the Lea style using long roach poles with no reel and a fixed line. Cutting a long-story short the roach pole style won that particular event, crowning that year’s Champion Roach Fisher to a man with the surname Woodard. Of course given those times, the article consistently refers to men as the fishers, but I like to believe that there were diverse people interested in fish, and even possibly quietly fishing, alongside those who identified as men. These seem like stories waiting to be uncovered and written about.

You might also be wondering why R. rutilus are no longer in fashion in the UK fishing world, and indeed I wonder this myself, but with their shiny sides and vibrant orange-red fins that splash at the surface while spawning they seem full of sporty flair. In other parts of Europe R. rutilus are still fished, and commonly  so for subsistence. The fish are used fresh, dried, or salted, and can be pan-fried, broiled or baked! All of this is making me very hungry on a Friday evening, so I think it is time to wrap-up this post and head for dinner.

Thanks for reading this week’s post! We look forward to sharing another fish with you in two weeks. Next week look for a blog post from FIRE Lab team member James about his recent trip to Brazil and attendance at a Ecosystem Services Workshop.