In a previous blog post about #DamorNot, Steph mentioned that FIRE Lab collaborates on the Global River Obstruction Database (GROD) project led by researchers at the Global Hydrology Lab. Before I continue, let me introduce myself, my name is Sayali, I’m a physical geographer, and a member of the FIRE Lab and GROD teams. I joined FIRE LAB and GROD teams at the end of 2018, shortly after I completed my masters in Geographical Information Systems and Climate Change at Swansea University. In this blog post I’d like to share some of my personal experiences, insights, and ideas from this global mapping adventure we call GROD! Now, let’s talk some intense GRODDING! 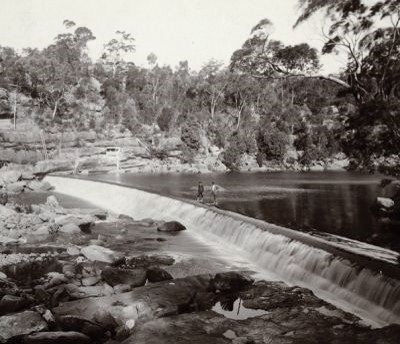 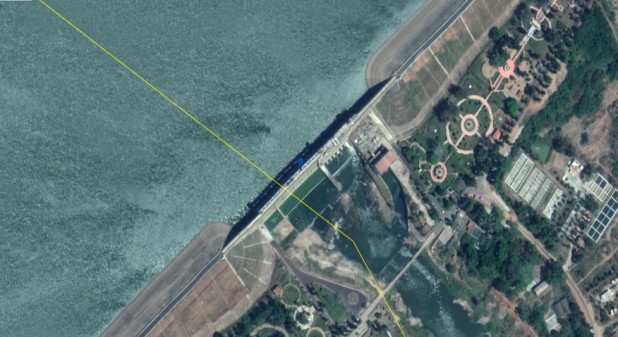 A closer view of a dam located on a river in the south of India using Google Earth Engine.

I have found it interesteing to see how spatial imagery varies across the globe, and how this influences our ability to generate spatial data for GROD. Much of Western Europe had higher quality imagery compared to Northern or Eastern Europe where no imagery could be found.  I assume that the regions in the north do not show any sort of imagery because of the amount of cloud cover and other obstructions due to cold weather. However, areas in the east like Bosnia and Herzegovina and Ukraine might have a rather political background to it.  Quality of imagery in the western countries like the United States, United Kingdom, France, Netherlands, Denmark, and Italy was far better than the imagery in eastern countries like Vietnam and India, which have rather low quality images. It was also notable how dense vegetation in tropical regions like Vietnam make it challenging to identify any built infrastructure. I found this particularly true in the south of India in the state of Kerala with its large coconut plantations and evergreen forests. Another challenge associated with locating and mapping infrastructure for GROD is the uncertainty of categorizing infrastructure; particulalry in regions experiencing drier climates like areas of Eastern Europe and India. The main challenge is identifying particular built infrastructure in the dried up river systems.

The quality of imagery affected by dense vegetation on a river in the state of Kerala, India shown in the picture (Google Earth Engine, 2019).

The GROD team all over the world has been working hard to map these river obstructions and the team is working on its first peer-reviewed publication. To date, the GROD team mapped built infrastructure on these larger river reaches in the whole of North America and a large part of Europe. You can see where we have mapped built infrastructure on the gif below!

I’ve found it fascinating to explore the occurrences and distributions of different built infrastructure on rivers worldwide. This project has taught me about variations in spatial datasets and differences in river ecosystems across the globe. It has also been fun working on this interesting project, and it was great to share my personal experiences with you all.

Thank you for joining me on my GROD adventure this week! You can look forward to an exciting blog post next week from James about his Brazilian adventure and ecosystem services. – Sayali